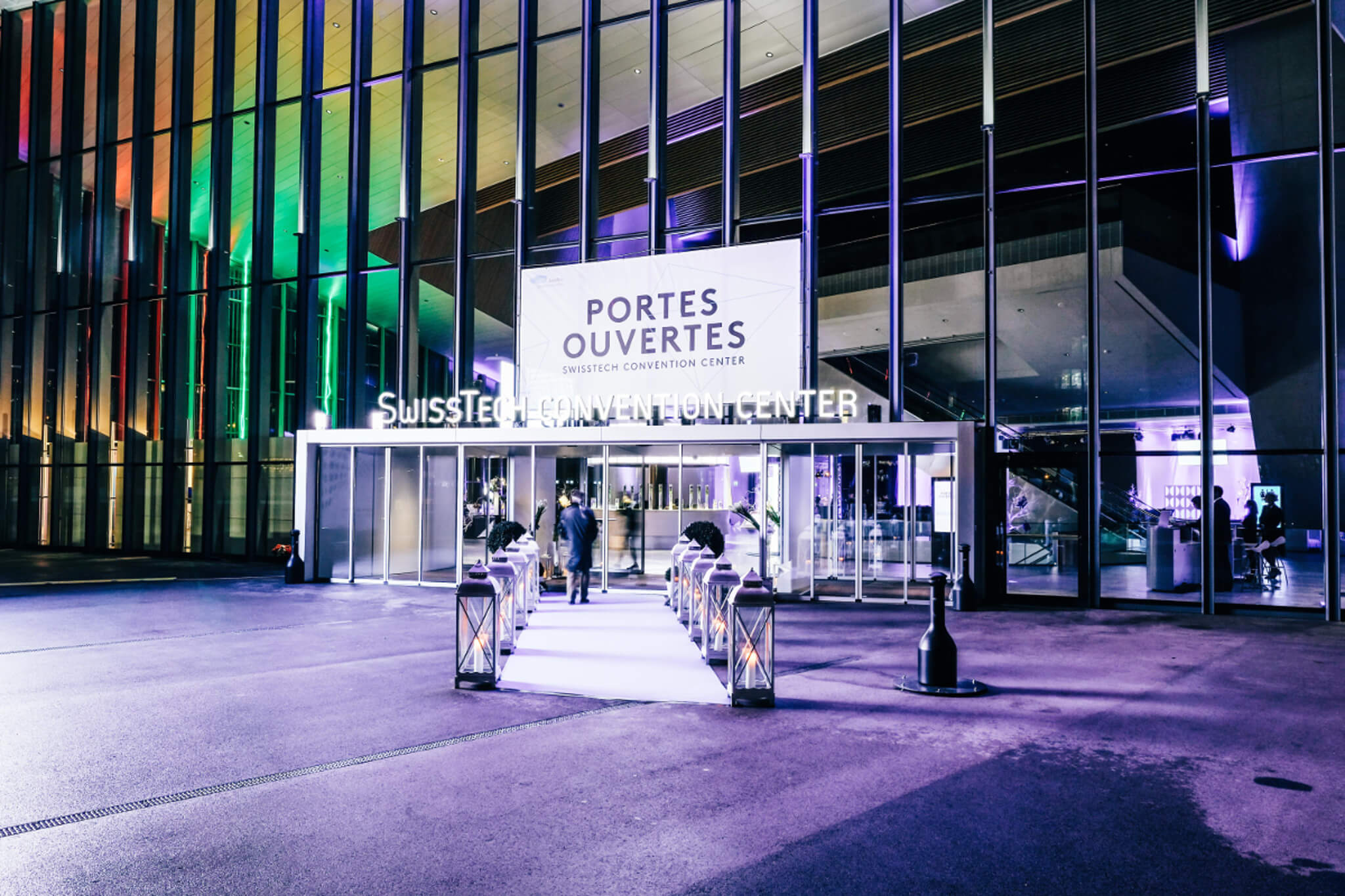 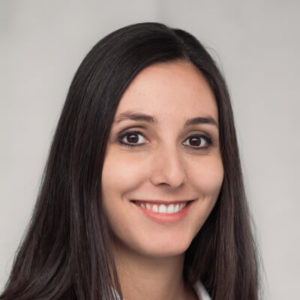 The evening began at 7:00 pm with an aperitif, accompanied by a trio of classical musicians who surprised the guests with its pop and rock standard covers in the campus foyer. 45 minutes later, the attention of the guests was captured by an increasingly intense count against a wall. 5, 4, 3, 2, 1 … Enter! Thanks to the modularity of the building, the spaces can merge, so a wall is lowered allowing the guests to discover the unique universe of the Auditorium A totally refitted for the occasion. 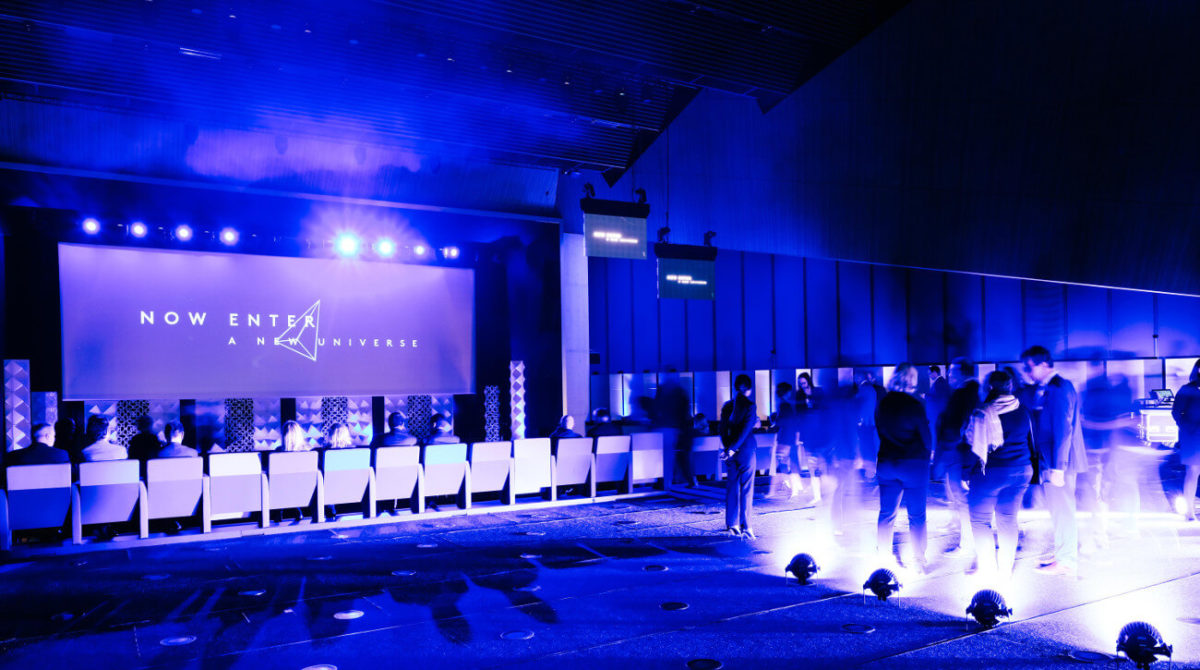 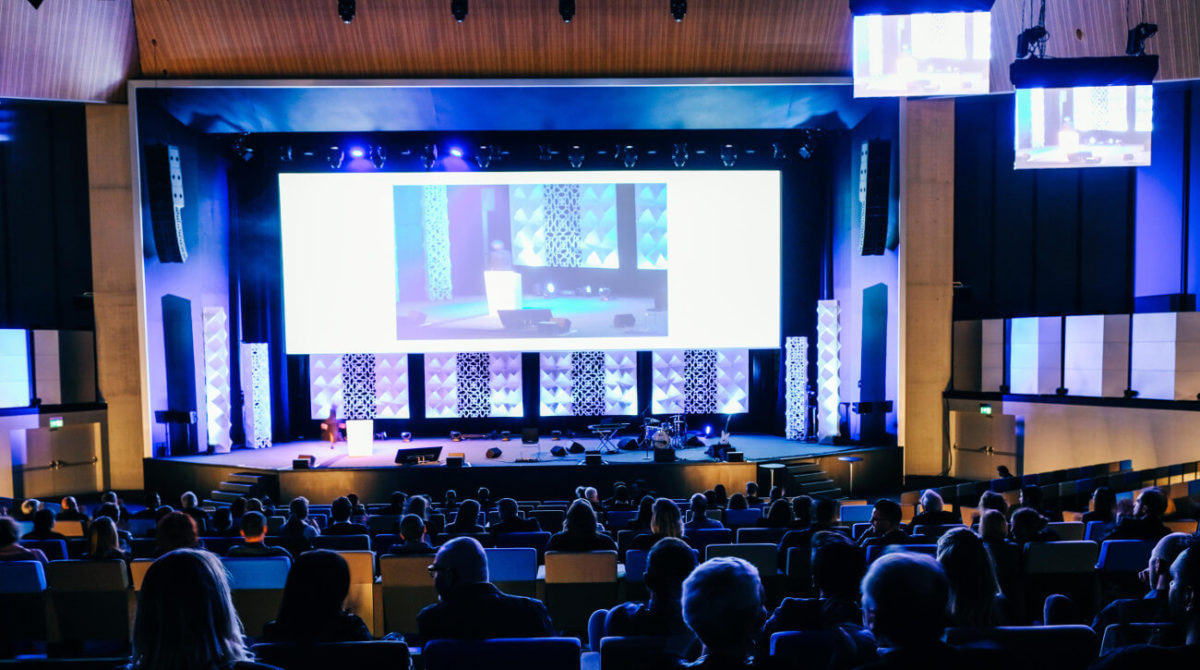 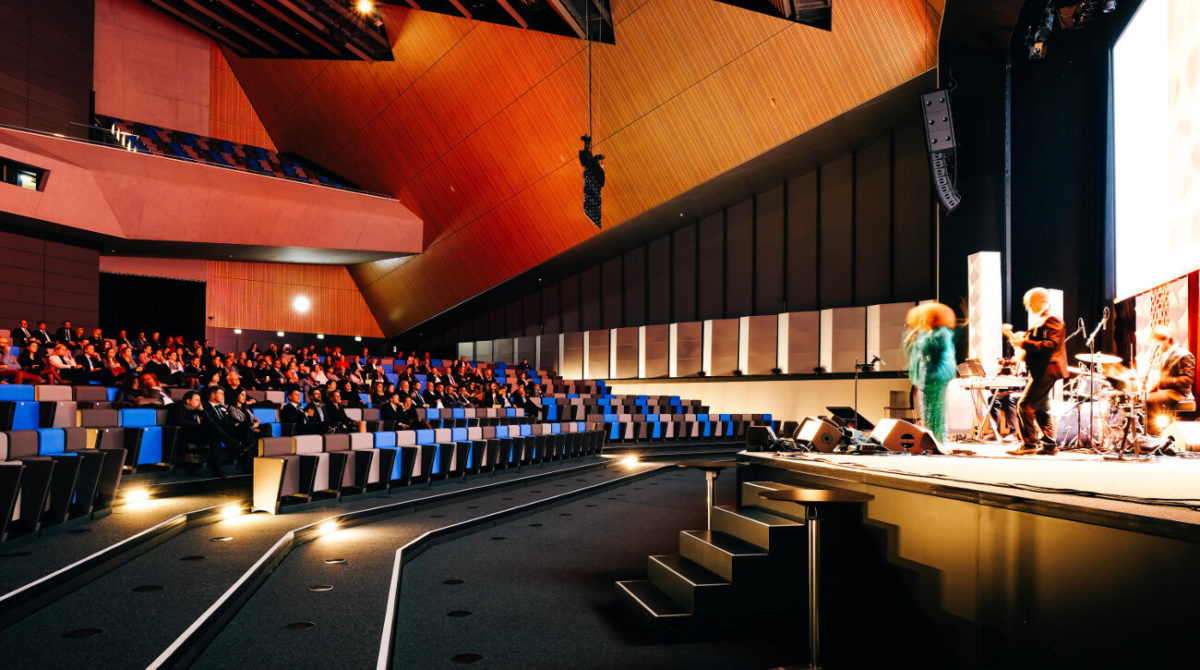 On the guitar, Jacques Richter, architect of the building accompanied the entrance of the guests from the stage. Then, Julianne Jammers, Director of the SwissTech Convention Center, and Andreas Mortensen, Vice President for Research at EPFL, welcomed the audience. The finalist of “The Voice” Stacey King, thrilled everyone with her melodies transmitting both heat and power. She notably interpreted the songs  “Diamonds” by Rhianna and “Diamonds are forever” by John Barry. 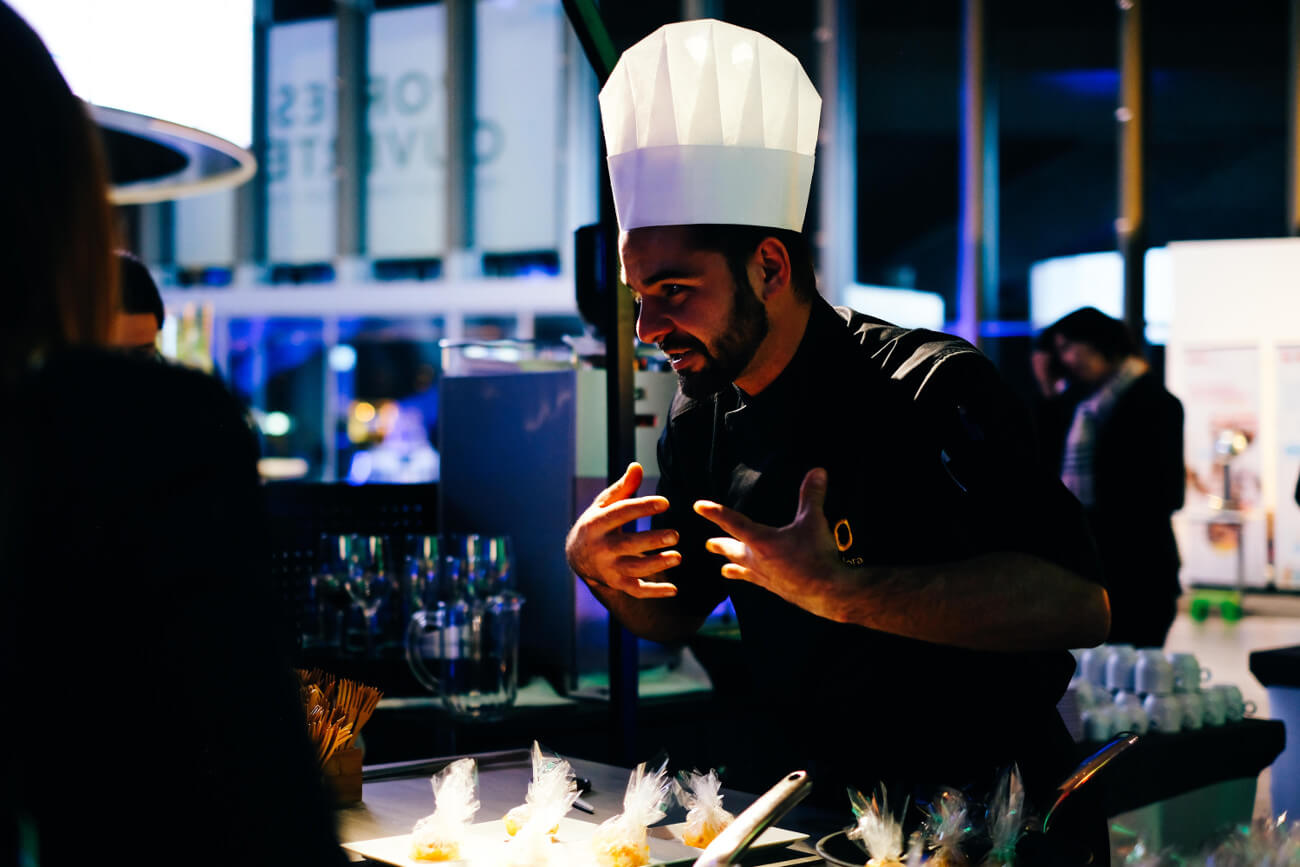 The evening continued with a cocktail party which was an opportunity for guests and partners to get to know each other around beautiful and tasty mouthfuls accompanied by delicious nectars. A draw allowed a participant to leave with a voucher to organize his or her next event at Domaine les Bois Chamblard à Buchillon A groove quartet followed by a  Dj provided the musical atmosphere for the rest of the evening.

Discover all the pictures